Social justice documentaries with a twist. 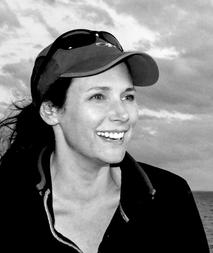 Rob is a seasoned editor with many credits, and he most recently completed our award-winning documentary, HAPPYGRAM.  He worked for many years as animatics editor of the popular primetime adult animated series, FAMILY GUY, which has been the recipient of numerous awards and nominations. Other editing credits include the award-winning series, COSMOS: A SPACETIME ODYSSEY, and animations for the pre-production of the movie TED.  He has also written and directed several shorts including THE WRONG TODD and MAN VS. THING.  He lives in Rhode island with his wife and daughter, where he is writing and directing a feature length narrative film.  You can support this film on Kickstarter by searching "The Wrong Todd."

Ami has a strong track record in business development and strategic corporate sales.  She has spent more than a decade developing strategic technology solutions for corporate clients.

Ami studied Communications at Purdue University and Law at the University of Massachusetts and UC Berkeley. She is an avid sailor and spent five years traversing the globe on her Ketch.  She currently lives in Toronto with her family.

Lila is currently based in New York City where she contributes to several arts-based initiatives in South Street Seaport. Lila was a key player on the Economic Development team that revitalized the Historic Shockoe Bottom neighborhood of Richmond, Virginia and the Director of Special Programs and Events for the 17th Street Farmers' Market.

Lila has a degree in Mathematics and Philosophy from St. Johns College in Santa Fe and an Masters of Education from Salem-Teikyo University.

Prior to her filmmaking career, Julie spent several years working as a strategy and management consultant to Fortune 500 corporations.  Her current film, FOUR GAMES IN FALL, has won awards in film festivals across the country and is currently in limited theatrical release. Her first feature length documentary, HAPPYGRAM, was released in 2015 and screened at film festivals across the country. The film received several awards including First Prize for the Providence Film Festival at the Rhode Island International Film Festival.  She is currently working on a new film, MAN'S BEST FIEND, which chronicles ground breaking research on human interactions with coyotes by Rhode Island biologist Numi Mitchell.

​Julie also volunteers with several non-profit organizations and is a contributing author to Equity and Full Participation for Individuals with Severe Disabilities: A Vision for the Future.  She received a degree in Mathematics and Philosophy from St. Johns College in Santa Fe and an MBA from the University of Chicago. She currently lives in Rhode Island with her family. 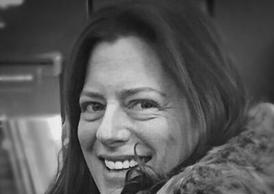